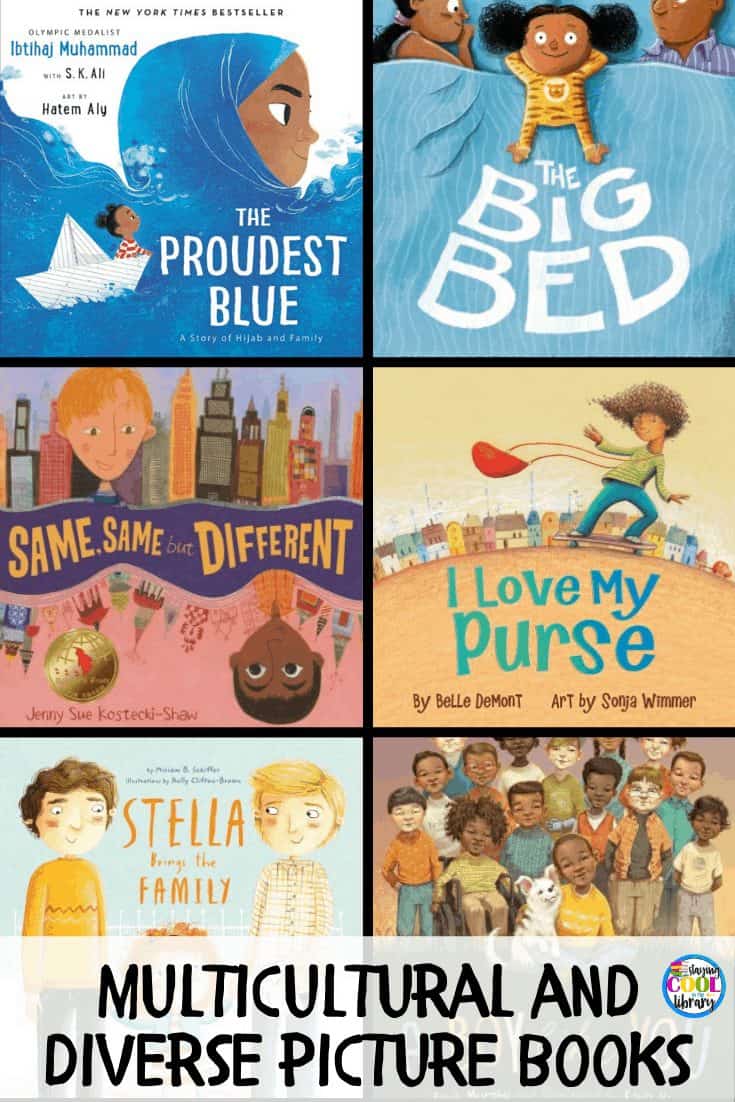 It is so important to read our students’ picture books with diverse characters. Children need to learn about new cultures, places, and traditions. They also need to be able to “see” themselves in a book. For so long there was a shortage of diverse and multicultural children’s books. And while there has been a steady increase in the past few years, there is still a long way to go.

Below is a book list of 36 books that feature both multicultural and diverse characters. These include children of different races and ethnic groups as well as a child with two fathers and a boy who identifies as a girl. Before you read the book list, I want to share with you one of my favorite quotes about diversity.

Across the Bay by Carlos Aponte

Carlitos lives in a happy home with his mother, his abuela, and Coco the cat. Life in his hometown is cozy as can be, but the call of the capital city pulls Carlitos across the bay in search of his father.

All are Welcome by Alexandra Penfold

Illustrations and simple, rhyming text introduce a school where diversity is celebrated and songs, stories, and talents are shared

The Big Bed by Bunmi Laditan

A humorous picture book about a girl who doesn’t want to sleep in her little bed, so she presents her dad with his own bed–a camping cot!–in order to move herself into her parents’ big bed in his place.

A spacious umbrella welcomes anyone and everyone who needs shelter from the rain. The themes of this book are inclusion and acceptance.

Encourages every boy to embrace all of the things that make him unique, and to be curious, brave, kind, thoughtful, and more. This book is written to show boys that they do not have to act or behave a certain way just because they are a boy.

The Day You Begin by Jacqueline Woodson

Other students laugh when Rigoberto, an immigrant from Venezuela, introduces himself but later, he meets Angelina and discovers that he is not the only one who feels like an outsider.

Festival of Colors by Kabir Sehgal

Sibilings Chintoo and Mintoo collect flowers and press the petals into a fine powder as they prepare for Holi, the Indian springtime Festival of Colors.

Free as a Bird: the story of Malala by Lina Maslo

The inspiring true story of Malala Yousafzai, human rights activist and the youngest ever winner of the Nobel Peace Prize.

Follows a modern Native American family as they make fry bread and celebrate their culture.

Goldy Luck and the Three Pandas by Natasha Yim

One Chinese New Year, her mother sends Goldy Luck to the pandas next door with a plate of turnip cakes, but the pandas are out and disaster follows.

Hair Love by Matthew A. Cherry

A little girl’s daddy steps in to help her arrange her curly, coiling, wild hair into styles that allow her to be her natural, beautiful self.

Honeysmoke: a Story of Finding Your Color by Monique Fields

This engaging and beautiful picture book follows a young biracial girl named Simone as she searches for her own place in the world. She wants to find the perfect color to understand her heritage, a color that isn’t brown or pink or black or white. Eventually, Simone creates a special word to describe the combination of her mom’s dark and her dad’s light skin colors: honeysmoke.

I Can Write the World by Joshunda Sanders

Eight-year-old Ava Murray lives in a Bronx neighborhood filled with music, art, and people from all over the world. It is very different from the Bronx she sees in the news. When her mother explains that the power of stories lies in the hands of those who write them, Ava decides to become a journalist. She shows everyone the world as she sees it.

I Love My Purse by Belle DeMont

Charlie loves his bright red purse. When he brings it to school, though, everyone questions him on his ‘strange’ choice. But nothing his dad, his friend Charlotte, or even the kids say can make Charlie change his mind. He’s sticking with his purse.

I’m an Immigrant Too! by Mem Fox

A timely picture book about how all of our lives are enriched by the vibrant cultural diversity immigrants bring to their new communities.

I Will Be Fierce! by Bea Birdsong

It’s a brand-new day, and a young girl decides to take on the world like a brave explorer heading off on an epic fairytale quest. From home to school and back again, our hero conquers the Mountain of Knowledge (the library), forges new bridges (friendships), and leads the victorious charge home on her steed (the school bus).

Jabari is definitely ready to jump off the diving board. He’s finished his swimming lessons. He’s passed his swim test. It’s just… maybe he should do some stretches first. ‘Looks easy,’ says Jabari, watching the other kids take their turns. But when his dad squeezes his hand, Jabari squeezes back.

The King of Kindergarten by Derrick Barnes

A confident little boy takes pride in his first day of kindergarten.

This picture book is a tribute to the beauty and nature of love. It shows images of families and friends of many different ages and appearances who live in cities and in rural or warm places,

Lubna and Pebble by Wendy Meddour

Lubna’s best friend is a pebble. Pebble always listens to her stories. Pebble always smiles when she feels scared. But when a lost little boy arrives in the World of Tents, Lubna realizes that he needs Pebble even more than she does.

Magic Ramen: the Story of Momofuku Ando by Andrea Wang

Inspiration struck when Momofuku Ando spotted the long lines for a simple bowl of ramen following World War II. Magic Ramen tells the true story behind the creation of one of the world’s most popular foods.

A young Muslim girl puts on a head scarf and not only feels closer to her mother, she also imagines herself as a queen, the sun, a superhero, and more.

My Singing Nana by Pat Mora

Billy’s beloved Nana’s memory is failing but they are “always amigos,” so when disaster strikes the day of the family’s big summer show, Billy finds a way he and Nana can save the day.

The Other Side by Jacqueline Woodson

Two girls, one white and one African-American, gradually get to know each other as they sit on the fence that divides their town.

Norman is thrilled to discover he grew a pair of wings overnight, but his excitement turns to doubt when he realizes he is now different from everyone else, causing him to question whether there is such a thing as perfectly normal.

Planting Stories: the Life of Librarian and Storyteller Pura Belpre by Anika Denise

An illustrated biography of the life of Pura Belpre the first Puerto Rican librarian in New York City.

The Proudest Blue: a Story of Hijab and Family by Ibtihaj Muhammad

Faizah relates how she feels on the first day her sister, sixth-grader Asiya, wears a hijab to school.

The Quiet Place by Sarah Stewart

A little girl moves to the United States from Mexico with her family and writes letters to her aunt in Mexico about her new life.

Pen pals Elliott and Kailash discover that even though they live in different countries–America and India–they both love to climb trees, own pets, and ride school buses.

Say Something by Peter H. Reynolds

A story that explores the ways a single voice can make a difference.

Silent Music: a Story of Baghdad by James Rumford

As bombs and missiles fall on Baghdad in 2003, a young boy uses the art of calligraphy to distance himself from the horror of war.

Stella Brings the Family by Miriam B. Schiffer

When five-year-old Sulwe’s classmates make fun of her dark skin, she tries lightening herself to no avail, but her encounter with a shooting star helps her understand there is beauty in every shade.

When Aidan Became a Brother by Kyle Lukoff

Aidan, a transgender boy, experiences complicated emotions as he and his parents prepare for the arrival of a new baby. 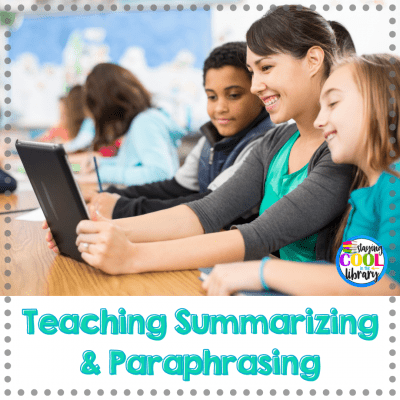 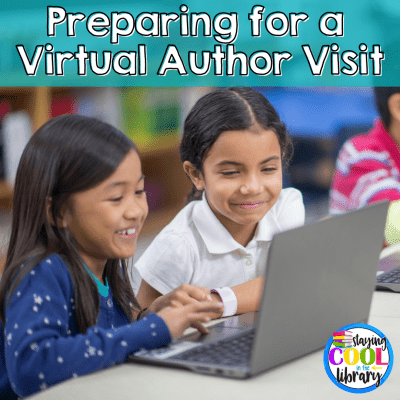 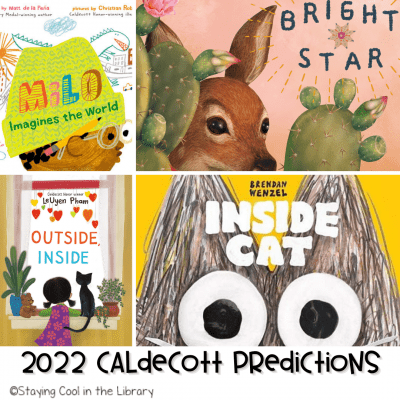