I use picture books with all of my students grades K-5. There is so much that you can teach with a picture book and they can be used for almost any subject or topic. In this post I want to share with you some of my favorite picture books to use with upper elementary students as well as some of the benefits in using these books in your lessons.

By reading a picture book you can begin a discussion with your students about something that may not be easy to talk about. You can open up the lines of communication and start a dialogue. For example the book Separate Is Never Equal: Sylvia Mendez and Her Family’s Fight for Desegregation by Duncan Tonatiuh can be used to discuss segregation and would be an informative lead-in to learning about Brown vs the Board of Education. One Green Apple by Eve Bunting can be used to discuss immigration and migration.

I think this quote about what a mentor text is sums this up pretty well. It is from Ralph Fletcher.

“…any texts that you can learn from, and every writer, no matter how skilled you are or how beginning you are, encounters and reads something that can lift and inform and infuse their own writing. I’d say anything that you can learn from – not by talking about but just looking at the actual writing itself, being used in really skillful, powerful way.”

Literary elements include characters, setting, plot, theme etc. Literary techniques include figurative language, imagery, similes, metaphors and point of view. Picture books allow you to focus on one or two of these in a shorter time period. This is especially important in the library where we have limited time for our lessons. The Butterfly by Patricia Polacco can be used to teach similes and metaphors. To teach plot, read Henry’s Freedom Box by Ellen Levine.

Simply by reading to your students you can help to instill in them a love of reading and of books. Read a picture book that is funny or gross or has really amazing illustrations in it and watch how they become engaged and excited. Reinforce to them that reading can be fun and enjoyable.

Picture books can be used to teach skills and content for any subject. This is especially true with the rise in popularity of narrative nonfiction.

Below is a list of 34 picture books on various topics. They include fiction and nonfiction books.

When a schoolgirl gets separated from her tour of the White House and finds herself in the Lincoln bedroom, she also discovers the ghost of the great man himself. Together they embark on a journey across the country to answer Lincoln’s questions and quiet his concerns about the nation for which he gave his life.

After the Fall : How Humpty Dumpty Got Back Up Again by Dan Santant

Amelia and Eleanor Go For a Ride by Pam Munoz Ryan

As Fast as Words Could Fly by Pamela M. Tuck

A thirteen-year-old African American boy in 1960s Greenville, North Carolina, uses his typing skills to make a statement as part of the Civil Rights movement. Based on true events.

From the back of the bus, an African-American child watches the arrest of Rosa Parks.

After a massive blizzard, a boy becomes a hero when he manages to walk to the local store and bring supplies back to his neighborhood which has been snowed in for days. Based on the author’s childhood experience.

Relates the story of the National Memorial African Bookstore, founded in Harlem by Lewis Michaux in 1939, as seen from the perspective of Lewis Michaux Jr., who met famous men like Muhammad Ali and Malcolm X while helping there.

Brothers at Bat : the True Story of an Amazing All-Brother Baseball Team by Audrey Vernick

Shares the story of the Acerras and their sixteen children, who had enough members to fill every position on a baseball team.

Offers insight into the camping trip that President Theodore Roosevelt and naturalist John Muir took to the redwoods of Yosemite in 1903, during which the two men had experiences and conversations that eventually contributed to the establishment of national parks in the United States.

A lion, a great white shark, and a timber wolf, all meat-eaters who have been hurt by the cruelty of plant-eaters, form a support group which has limited success until their newest member, a great horned owl, shares some advice.

As a child, Katherine Johnson loved to count. She counted the steps on the road, the number of stars in the sky, the number of dishes and spoons she washed in the kitchen sink. Boundless, curious, and excited by calculations, young Katherine longed to know as much as she could about math, about the universe. From Katherine’s early beginnings as a gifted student to her heroic accomplishments as a prominent mathematician at NASA, this is the story of a ground-breaking American icon who not only calculated the course of moon landings but, in turn, saved lives.

The Crayon Man : the True Story of the Invention of Crayola Crayons by Natascha Biebow

Tells the story of the invention of the Crayola crayon by inventor Edwin Binney.

Tells the story of Teresa Carreno, a child prodigy who played piano for Abraham Lincoln.

Presents a children’s story about a boy and his little sister who trade their father for two goldfish and then go about town trying to get him back.

Finding Winnie : the True Story of the World’s Most Famous Bear by Lindsay Mattick

A fictionalized account of Captain Harry Coleburn’s relationship with a bear cub in 1914, which he rescued while on his way to care for soldiers’ horses during World War I and became the inspiration for A.A. Milne’s Winnie-the-Pooh.

This book brings to life the stories of Dorothy Vaughan, Mary Jackson, Katherine Johnson, and Christine Darden, four African-American women who lived through the civil rights era, the Space Race, the Cold War, and the movement for gender equality, and whose work forever changed the face of NASA and the country.

The Invisible Boy by Trudy Ludwig

Brian has always felt invisible at school, but when a new student, Justin, arrives, everything changes.

Ivan : the Remarkable True Story of the Shopping Mall Gorilla by Katherine Applegate

The true story of Ivan, known as the Shopping Mall Gorilla, who lived alone in a small cage for almost 30 years before being relocated to the gorilla habitat at ZooAtlanta.

Jack and the Beanstalk and the French Fries by Mark Teague

Inspired by the fairy tale Jack and the beanstalk. “In this humorous version of the traditional tale, Jack’s magic beanstalk produces so many beans that soon everyone in the village is sick of eating them, and mad at Jack, and when he climbs the beanstalk he finds that Mr. Giant is equally fed up with beans–but fortunately Mrs. Giant suggests a solution to their diet problem.

After a fellow slave is beaten to death, Sadie and her family flee the plantation, traveling north through the Underground Railroad in search of freedom.

Manfish : a Story of Jacques Cousteau by Jennifer Berne

An illustrated biography of Jacques Cousteau, discussing how his youthful fascinations with filming and underwater exploration translated into his life’s work, and telling of his later devotion to saving the ocean environment.

When Sage’s spelling and definition of a word reveal her misunderstanding of it to her classmates, she is at first embarrassed but then uses her mistake as inspiration for the vocabulary parade.

Mr. Ferris and his Wheel by Kathryn Davis

After losing running, climbing, throwing, and burping competitions to her obnoxious older brother, a young girl makes a wish on a falling star.

The Mysteries of Harris Burdick by Chris Van Allsburg

Fourteen black-and-white drawings, each accompanied by a title and a caption, entice readers to make up his or her own story.

Text and illustrations presents a biography of the former South African president best known for his political activism and fight to end apartheid.

A picture book about a nerdy birdy who just wants to hang out with the cool birds.

Pink and Say by Patricia Polacco

Chronicles the friendship of Pink, a fifteen-year-old African-American Union soldier, and Say, his poor white comrade, as one nurses the other back to health from a battle wound and the two of them are imprisoned at Andersonville. Based on a true story.

Sarah Emma Edmonds was a Great Pretender : the True Story of a Civil War Spy by Carrie Jones

Looks at the life of Sarah Emma Edmonds, a Canadian-born woman who disguised herself as a man to join the army during the Civil War, working as a nurse and then a spy for the Union.

After their triumph over the Big Bad Wolf, the pigs fancied themselves as crime fighters, so when the Wolf escapes the residents of Fairyland call on the brothers to capture the villain–but the Wolf is planning his own revenge (and a pork dinner) so it will be up to the cleverest pig to once again rescue his brothers and save Fairyland.

Wolves in the Walls by Neil Gaiman

Lucy is sure there are wolves living in the walls of her house, although others in her family disagree, and when the wolves come out, the adventure begins.

The Word Collector by Peter Reynolds

Jerome enjoys collecting and using words that he hears, reads, or sees, and then decides to share his collection with others.

What benefits have you seen using picture books for upper elementary students? Do you have any books to add? 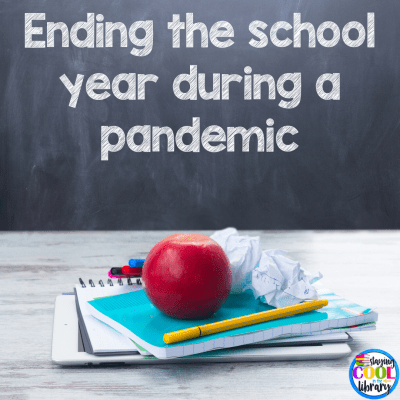 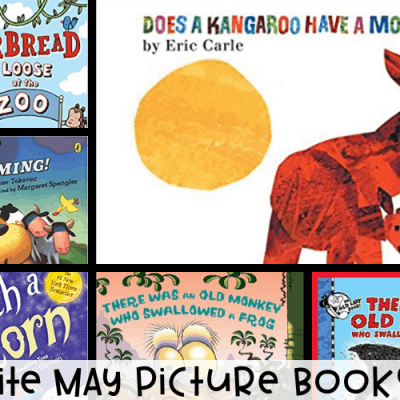 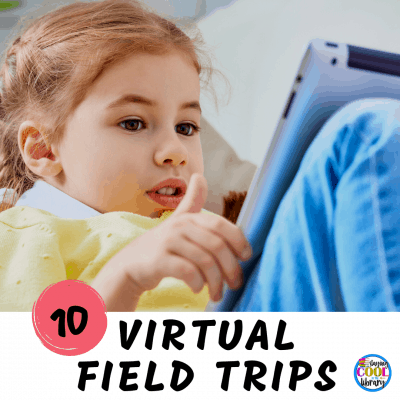 My passion is to show children how much joy can be

Who are some of your favorite fellow educators on

Looking for a fun but educational activity for the

Get lost in a great book 📚 A little reading is

Do you have a quarantine read you are loving right

How awesome is this student? We are lonely, especi

I just updated my summer reading logs with a new d